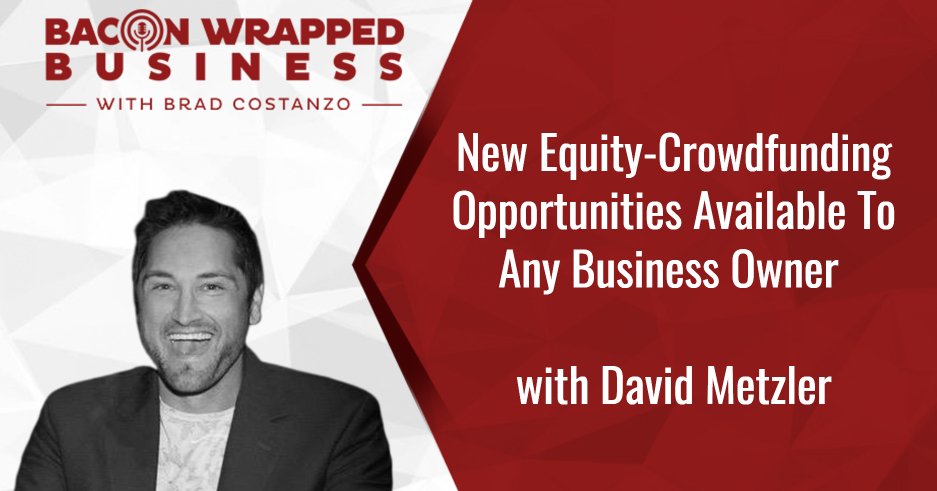 Listen To The Episode Here

Equity Crowdfunding is changing the game for many businesses and entrepreneurs.  This is NOT Kickstarter of Indiegogo-style reward-based-crowdfunding. It's similar, but instead of giving away rewards and swag, you are giving equity in your company.  It's much like doing an IPO (initial public offering) but without going public.

This is all a result of brand new legislation that has been passed over the course of the past few years (and most recently some legislation that came into effect a few short weeks ago) that allow the minnows to swim with the sharks, leveling the playing field and allowing business owners of all sizes to raise large amounts of capital (up to $50 million) without going to VC's, banks, Angel investors OR most importantly, accredited investors.

Because this is so new and I barely had a grasp on the developments myself, I asked my good friend David Metzler to sit down with me and let extract the essence of these new rules.

What I discovered really surprised me and since it's recording I've met with several other experts in this field which continues to impress me with the possibilities of not only raising funds, but doing leveraged buy outs of companies.

David is the Managing Director of Serenity Venture Partners, helping incubate and accelerate seed and early stage companies with high growth potential.  He has closed over $30MM over the last 8 years of both investment capital and business development deals for his last two companies and he is a former Investment Banker (with $626 million in transactions) and Venture Capitalist ($38 million invested).

He's also one of the leading experts in the new field of equity crowdfunding with a very unique and exciting structure to his fund which is providing the financing for companies who are seeking to raise capital from this method.

In this episode we'll discuss the differences between Regulation A, Reg A+, Title III and Title IV of the Jobs Act.  And don't worry if those terms confuse you now, I had no idea what they were until after this episode and I did my best to keep it as clear as possible for you if this is new to you too.

If you're anything like me, your eyes will be opened widely by the opportunities available to business owners now that have never been available before.